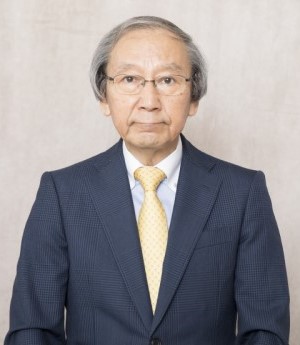 It has been 40 years this year since the Japan Economic Foundation was established. Our foundation was established at a time when Japan was facing quite a lot of trade frictions with the United States and Europe, with the purpose of being an institution that could usefully communicate Japan's way of thinking to other countries. The closer a country becomes to various other countries, the more likely it is for conflicts of interest to occur. Avoiding unnecessary misunderstandings and seeking solutions through exchanges and dialogue is vital, and JEF has played a part in this. By the latter 1990s, the "era of friction" for Japan had come to an end, and the "era of the WTO" had begun, which expanded and fully utilized the multilateral trade system. In these circumstances, Japan contributed greatly to the launch of the Doha Round. Our foundation continued to communicate Japan's views with the aim of spreading rules-oriented trade policies. After the 2008 WTO Ministerial Conference ended and failed to reach a consensus at the Doha Round, the "era of Free Trade Agreements and Regional Agreements" began. Here also, our foundation continued to promote on behalf of Japan the importance of regional agreements such as the Comprehensive and Progressive Agreement for Trans-Pacific Partnership (CPTPP) and the Regional Comprehensive Economic Partnership (RCEP), which are important members of the multilateral system. And now we are in an "era of complex challenges", so to speak, with the US-China conflict intensifying, the Ukrainian crisis, the heightening of populism, achieving carbon neutrality as a response to climate change, and accelerated digitalization. Our foundation has also begun to bring together and communicate Japan's views on these complex challenges through several study groups.

As is apparent from the above, in looking back at the history of 40 years, there have been huge transitions in international economic issues. Our foundation has continued to provide messages from Japan corresponding to each era, and intends to carry on going forward.

As a method of communication, we have been collaborating with think-tanks and universities in the United States, the United Kingdom, France, Germany and the major countries of the Asia-Pacific region to organize forum programs where intellectuals from these countries can exchange opinions with their Japanese counterparts. We also publish Japan SPOTLIGHT, which is a public relations magazine with a history of 40 years, and have also been communicating via our website in various other forms.

How long this "era of complex challenges" will continue and whether these challenges will keep piling up is unknown. But our foundation will continue to provide ideas and viewpoints from Japan whatever may transpire.

We have been able to continue our activities for 40 years with the support of not only the Japanese government, but also of leaders in academic, business and political circles, and I am sincerely grateful. Lastly, I would like to convey my true appreciation to the past chairmen of the foundation for their leadership, including Mr. Yoshizo Ikeda who was the first chairman, and end my remarks by extending my best of wishes to everyone involved for their future success.

History of the Japan Economic Foundation